STUDENTS ARE ALL SMILES AFTER COMPLETING FIRST YEAR OF T-LEVELS

T-Levels have been branded a resounding success by staff and students at Hopwood Hall College and University Centre.

The revolutionary new qualifications – which combine classroom learning with work placements – launched at the college in September 2021.

Those learners who were part of the inaugural cohort are now all smiles as they finish their first year of their courses.

Imogen – who attended Crompton House School in Oldham – chose the course after achieving great results in her GCSEs.

The 17-year-old is now planning to advance to university when she completes the second year of her qualification next year.

Imogen and her classmates all gathered for a photo ahead of this week’s T-Level Celebration Week.

The national event is taking place at colleges across the country who have been part of the initial rollout.

The pathways have been so popular that a further two routes – Business, as well as Engineering and Manufacturing – will now launch in September 2022.

These have already sparked the interest of school leavers from across Greater Manchester, so additional routes are now being planned for 2023.

T-Levels were created in conjunction with employers to ensure that students are work-ready when they leave education.

Each qualification features a 45-day work placement, with students working in businesses of all shapes and sizes across the region.

Imogen is completing her placement at Northern care Alliance.

The ambitious teen has so far undertaken valuable experience in the podiatry, hearing and sight departments.

“T-Levels have felt very fresh and exciting! I’ve made some great new friends along the way and the tutors have been so supportive.

“The best part is that the course is so varied. The practical elements mean that you’re rarely sat down – we’re always out doing stuff.

“For people thinking of taking a T-Level, I’d say do it! It’s especially worth it just for the placement.”

“We’re so thrilled by the early success that we’ve had after introducing T-Levels.

“The new qualifications have really been embraced by the community – not just the ambitious young people but our amazing employer partners who are supporting us in shaping futures.

“I’ve no doubt that next year will be even better and we can’t wait to offer even more opportunities for school leavers.

“Whether you want to progress to Higher Education, a Higher Apprenticeship or simply enter the workforce after just two years, this qualification would be perfect for you.”

Come and explore our campuses at our 'Access All Areas' Open Event! Check out our amazing facilities and learn abo… https://t.co/WknV3SVuGF

The Greater Manchester Colleges' Group (GMCG) is hiring a Senior Policy Manager. This is a great opportunity to pl… https://t.co/pK27VBT2EO 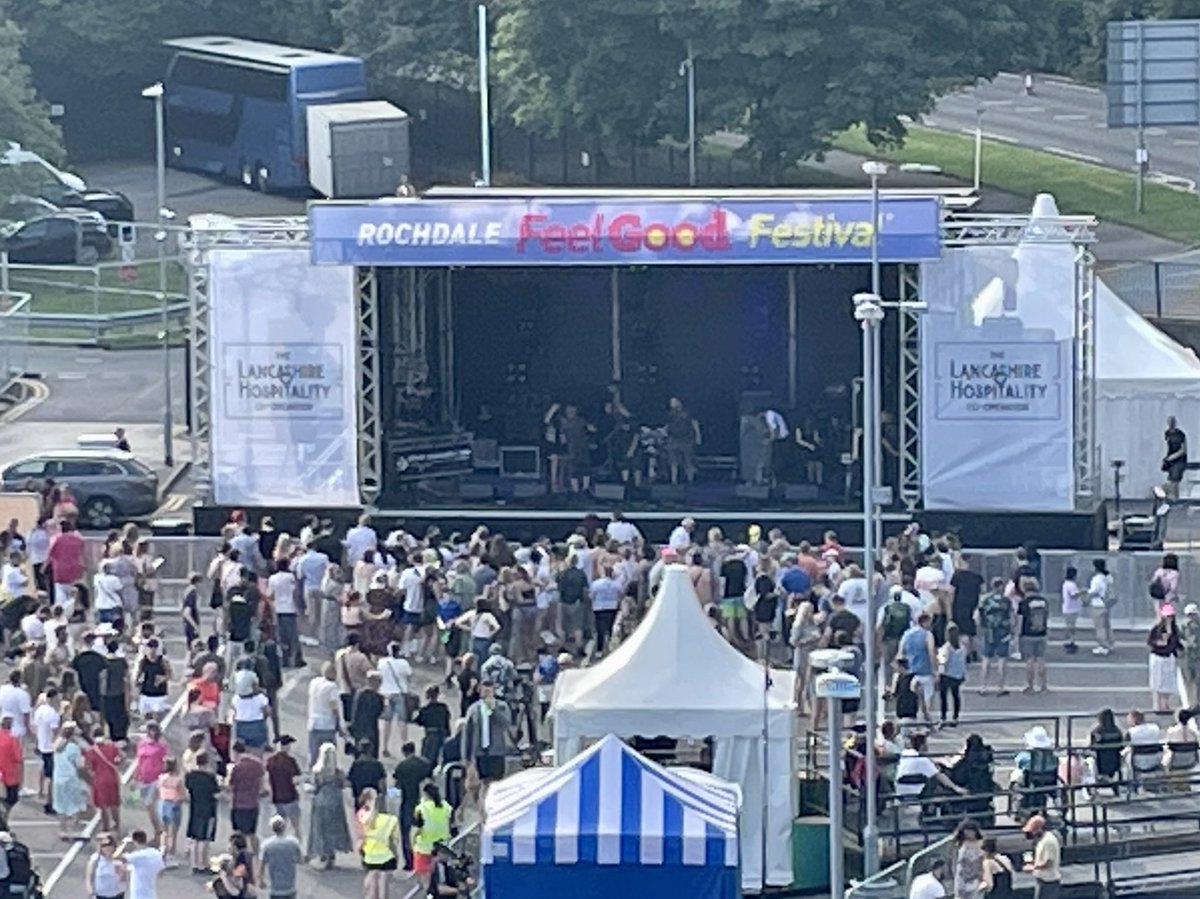 What a superbly surreal Saturday here at our Rochdale campus for #FeelGoodFest22, what a fantastic line-up! https://t.co/nJKN7dp2nG

Are you passionate about food? This is a fantastic opportunity to kickstart your career as an Apprentice Commis Ch… https://t.co/zhSvR9ODBb

Interested in pursuing an apprenticeship? We're on the search for an enthusiastic individual to join our Student a… https://t.co/kjLmssJM2j

It’s been great to welcome a number of future students for our Summer Transition Programme! The school leavers hav… https://t.co/moGem0wh3y

Explore our campuses at our Access all Areas open event. Visit our amazing facilities and learn about our differe… https://t.co/N7PeBK5MVA